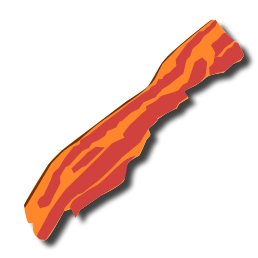 Why would anyone bring digital experiences, in the form of AI and VR, to Glastonbury festival - surely the most analogue, and in-real-life of spaces? We did it anyway, as part of Lost Horizon's corner of Shangri-La in the late-night Southeast corner of the festival. It turns out this work really belongs here. Technology is a part of the festival, and you can find a rich continuum of audience experiences, from those that have barely changed since the earliest days of the festival, to state-of-the-art spectacles like the amazing IICON stage.

In a beautifully painted, but slightly leaky container, we took a 3D model of Lost Horizon's digital twin, a convincing replica of the real Bristol venue, modified it to give a nightclub mood, and created a collaborative VR experience adding interactive features using the Unity Game Engine. This shared VR experience ran on a local network that, most importantly for Glasto, did not depend on the internet. Through a set of VR headsets, visitors could meet one another inside Lost Horizon from within Glastonbury, where they were joined by spectral 'orbs', representing the people outside the container, detected with the help of an OpenCV AI camera. Not only was there a constant queue of curious, eager transmedia explorers, but they were keen to talk about the experience, and how they felt about the possibilities and threats of possible metaverse scenarios. We encouraged critical thinking, and learned how visitors felt about such a thing within the festival, a space not short on mind-blowing IRL entertainment.

Alongside this we presented an AI hall of mirrors, a set of screens displaying algorithm driven reflections (literal and metaphysical) of visitors, with a playful look at how you might be perceived, evaluated and classified by the algorithm.
This was really popular, and lots of people appreciated the fun reminder of how we are tracked, surveilled, classified and influenced, alongside the instagram opportunities.

The team, Coral Manton, Sam Sturtivant, and Dave Webb, are curious makers, thinkers and collaborators in creativity and technology from Bath Spa University's Creative Computing team, working alongside the Lost Horizon crew. We are decidedly not zealous cheerleaders for all technology. We aim for a critical, human and socially-led exploration of what is possible. We ask if and why we should be looking at these things, and remain mindful of the value and potential harms our creations might bring to the audience and others.

It seemed an improbable challenge, given the short run-up and an ambitious set of goals. Every lead, adaptor, screen, screw and tool had to be planned as you don't get a second chance if you forget something. The brief was loose and constantly shifting, and none of us had very much time to dedicate to unpaid research, development and a public exhibition in a technology-hostile environment. Some of the ideas were conceived, coded and tested in the 24 hours before we opened. As always, the secret ingredients were incredible people, with skills, open minds, and great attitudes, all making personal sacrifices and bringing their love to the job. The festival site, and Lost Horizon themselves, have an incredible build, production and support team and it's been a privilege to see what goes on to make Glastonbury happen. Naturally, the plans for something bigger and bolder are already being sketched. 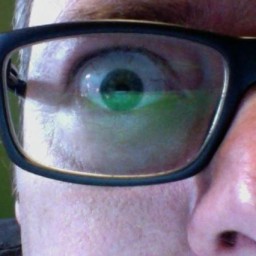